10 ‘Best’ Books Of The Last Century 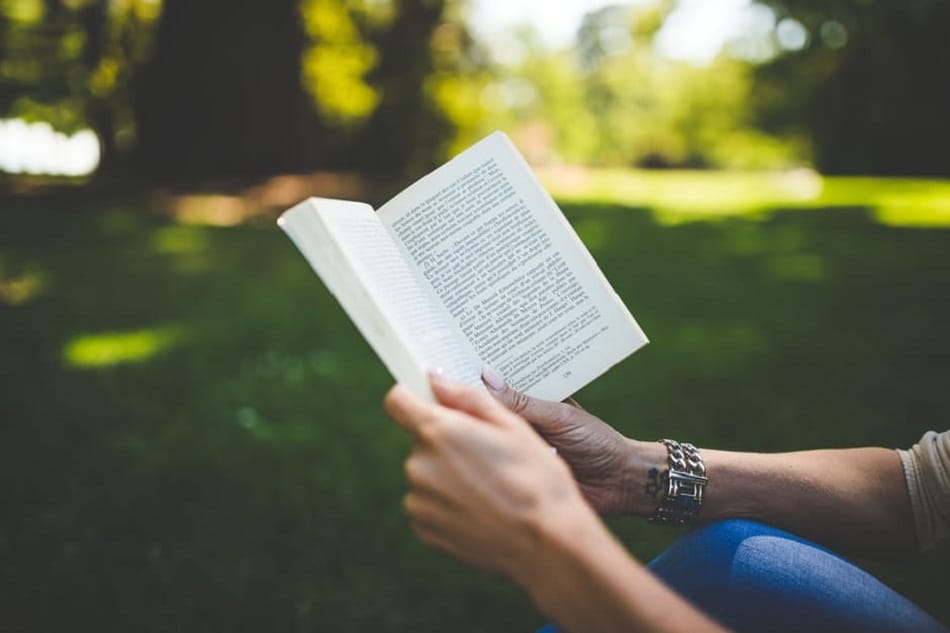 Books have a definite purpose. Hence, quite distinct perceptions, or readership outlines — of a decorum exclusively restricted to the realm of the tangible, not to speak of literary ornamentation.

The world of books, like writing per se, is quite simply, the pursuit of two essentialities — intellect and substance in scaffolds and words. Of a sculpture brought forth by imaginings, or perceptions. This also explains something definitive. For the characteristics of literary expressions to flower up-front — from musings to understanding — not many axioms are needed.

Take any period in history, and you have a grand spectacle: of great, or ‘best,’ books that have left their imprint on the sands of time. Our century has been no exception. Yet, to pick just ten ‘best’ books in as many decades — to represent a connotation — is no easy task. It is akin to dissecting a bud to appreciating its innate beauty. But, here goes… our pick — not complete, but just illustrative of an epoch — a mirror to a spoor.

Kim O’Hara is the foundling son of an Irish soldier stationed in India. He is neither untainted nor mistreated. Brought up by a half-caste woman living on dope, he speaks the colloquial by propensity. He also believes that a great destiny is manifest: for him, and for him alone. In Kim, Rudyard Kipling, the Bard of India, and Nobel laureate, who knew the streets and the jungles of Britain’s ‘Jewel in the Crown,’ creates a congenial portrait of India that coalesces the life of activity and that of meditation. Quite truly, one of the first ‘best’ books of the last century.

This James Joyce gem, which was once labelled as vulgar, rotten, and blasphemous, remains a contemporary classic. A graphical work, the novel is simply a long story, with profound meanings. What we have in the vigorously readable book is a rogue’s gallery of perpetual Dubliners. They animate, nibble, walk the streets, debate, and even titillate their own sensual fancies. As a host of human impressions is celebrated on the canvas of a single day, the novel emerges not just as an experimental work, but as the very reflection of the veritable: of workaday happenings. A remarkable tour de force of Joycean realism and genius.

What happens when you go into repose, and ‘metamorphose’ as a giant cockroach? You get a queer, perplexing and weird feeling: the shock of a lifetime. Franz Kafka’s monumental three-act novelette has that odd element, not to speak of spectacular syntheses, melody, design, and yarn, including allegory. The Metamorphosis is not only an assortment of classic tales that reflects Kafka’s grotesque humour, but it also celebrates his psychological genius, and lyricism, in addition to his everlasting repute as one of the greatest writers of his time, and beyond.

A HANDFUL OF DUST

Evelyn Waugh’s archetypal novel, A Handful of Dust, is an elevated exemplar of a desolate, caustic form of writing: a bitingly comical account of blue-blooded rot and absolute boredom in Britain between the wars. Among a select group of writers that has walked the line between sham and misfortune effortlessly and also engaged the covenants of the waggish novel to flake away at the English class system already on its last legs, Waugh stands at his own pinnacle of glory. A Handful of Dust is simple, yet capricious; it is the best among Waugh’s best.

THE POWER AND THE GLORY

The finest of Graham Greene’s great works is set in Mexico, during the era of anti-clerical violence by communist revolutionaries. The novel delineates the execution of the last Roman Catholic priest, who is being hunted by the police. The ‘whisky priest,’ as he is called rather sardonically, is a depraved dipsomaniac who has violated most of his vows, albeit he asserts upon fulfilling his obligations till it is ‘curtains’ for him. A pietistic account that locks god and faith against 20th-century materialism, The Power… is an ageless novel — it epitomises Greene’s imperious talents as a chronicler beyond compare.

Nobel winner Gunter Grass’s huge novel, The Tin Drum, pictures a repulsive Nazi dimension: a world that is replete with corrupt politicians and uncouth shopkeepers in brown shirts. In so doing, it uses barbarous parody and an uncompromising measure of mystical realism to bring home not only the horrendous realities of war, but also the dark excrescences at the pith of civilisation that brusquely allows such indignities to take place. Acclaimed as the greatest German novel written since the end of World War II, The Tin Drum is the autobiography of thirty-year-old Matzerath, who has lived through the prolonged Nazi incubus and who, as the novel evolves, is being held in a mental asylum.

THE BOOK OF LAUGHTER AND FORGETTING

It is a paradigm like no other: of life-imitating-art, and vice versa. Milan Kundera talks about Czechoslovakia with a political twist, or underpinning, running through it — a sort of it-is-there, it-is-just-not-there, type of mélange. Additionally, it is also a form of non-emergence and emergence that is, partly, explored. The Book of Laughter and Forgetting is a many-sided work. A novel, an autobiography, and a philosophical primer, it is seldom politically correct; besides, it is not related to any genre, but is always original, amusing and positively dazzling. A masterly novel.

ONE HUNDRED YEARS OF SOLITUDE

One of Gabriel Garcia Márquez’s magnificent novels, One Hundred Years of Solitude loops many a proviso ofthe hero, Buendía, who stands before the firing squad. In so doing, it also narrates the unbelievable — a whole community struck with sleeplessness, a woman who levitates to paradise while doing laundry, and a suicide that mocks at the laws of gravity. Not only that. The novel follows one hundred years in the life of Macondo, a village founded by Buendía, and engaged by progeny all wearing changes on their forebear’s name. The best part — in the midst of tragedy, Marquez’s stunning work is highly comical and yet utterly captivating. A rare mix that only Marquez could commingle with delicious surprise and uncanny propensity.

Nobel Laureate Toni Morrison’s poignant novel follows the trail in the troubled years following the American Civil War. As the ‘spectre’ of a murdered child troubles the home of a former slave, it leads to a motley of weird situations. The baleful apparition breaks mirrors, leaves its fingerprints in cake-icing, and makes life burdensome for Sethe and her family. All the same, the woman finds the unearthly, strangely serene: for the esprit is that of her own dead baby, never christened, but thought of only as ‘Beloved.’ A deceased child, a vassal on the run, and a horrid ‘privy’ — these are the pivotal trepidations of this portentous novel.

This Salman Rushdie novel of delectation engages Bombay, now Mumbai, as an incomparable, extensive spectacle, and Bollywood, with its grand repertoire of burlesque, as a fantasy, where real life isn’t anything it is. Rushdie paints Bombay with his own sense of explicit singularity: “… along Marine Drive.! On Chowpatty sands. Past the great houses on Malabar Hill, round Kemp’s Corner, giddily along the sea to Scandal Point… [On and on], down my very own Warden Road, right alongside the segregated swimming pools of Breach Candy, right up to the huge Mahalaxmi Temple and the old Willingdon Club…” Bizzare dreams. Surreal fantasies, for someone like Saleem. They are all explored — like no other ‘root-stock’ book. The Rushdie spell is instantaneous and imperishable — like our ‘best’ books of the twentieth century.