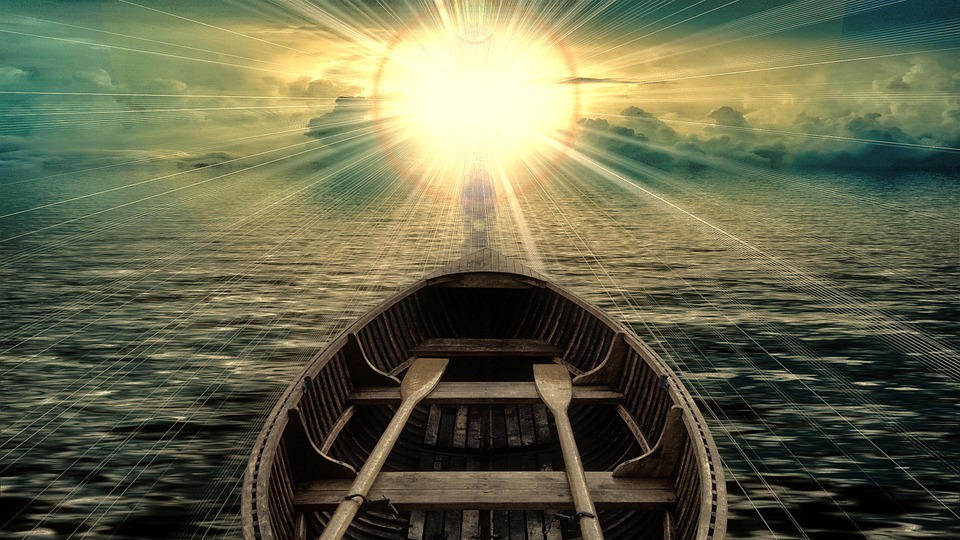 The four-year-old’s question had me thinking for a moment. “Do you pray to girl-god or boy-god?” “Err, both,” I said. “And, you?” “I pray to girl-god when I want something. She sits in a flower, smiling. I’m sure she won’t get angry, if I ask her for things. But boy-god has gadgets. He will kill bad people and ghosts. So, at night, when I get scared, I pray to boy-god.”

“Gadgets?” I asked. “Yes.” Little fingers pointed out at the trident, the Sudarshana, the conch, the drum, or the battle-axe parshu depicted in the colourful pictures of various deities in the book that we were looking at together. “But, sometimes even the girl-god has such gadgets,” I pointed out to the picture of Durga. “Oh yes! Then she’s more ‘dangerous’ than boy-god. A bit like mama when she scolds dad real bad!”

The sex of godhood has always been an interesting issue, explored from time to time. As is the characteristic of the gods of polytheism, there have been male gods and female gods, and some, like moon, are sometimes masculine and sometimes feminine. Although the differentiation, based on gender, is denied in high-religion, in the religion of the masses the desire for [a] differentiation based on sex is often fulfilled, right from the Madonna cult in Catholicism to the Goddess Kwanyin in Buddhism, Shakti or the Matrikas of Hinduism, to several faiths based in tribal culture. The images of gods obviously differed according to their work and intentionally or unintentionally bore human features.

As Gustav Mensching writes in his book, Structures and Patterns of Religion, one must distinguish between physical and psychical anthropomorphism. The most widely spread form is, doubtlessly, physical anthropomorphism as we find it in Homeric writings. Mensching discusses how this corresponds with the portrayal of god as a perfect human being in all Greek art.

Most ethnic religions imagined at least a part of their gods in human form. However, most researchers have pointed out that this led to the danger of humanising god; it removed the distance between god and man, but not always in a healthy way. If gods were ‘people,’ in the sense that they had personalities, then they were also open to feelings, acts and transgressions that were found in human beings.

Mensching argues that the animal-like and non-human features of a deity [whether in the form of male or female] have been born out of the tendency to give expression to the ‘quite different’ in the being and existence of god and also to avoid anthropomorphism. Ancient faiths maintained their tendencies to have a multiplicity of gods, both male and female, among other varieties that were close[r] to human beings and were vivid and functionally different. Quite like the four-year-old’s idea at the beginning of this piece, they could turn to these gods for help according to their area of work, thinking that the individual god had powers to grant boons or relief in a particular matter for which the petition was made.

While more often than not the supreme divinity was a male, a father, there were times when it was a female. Like the Hintubuhet of New Ireland, or with the Todas and Kavis of India. For the Bantus of South Africa, the Bavili and Fjort people, the male god, the supreme divinity of the skies, receded into the background while the female goddess of the same name took over. Her sacred secrets were said to be revealed only to women.

The significance of the female deity is amply evident in the Matrika cult during the Kushana and Gupta periods in India. They have inspired some of the finest art and inscriptions of the period. Observes Varahamihira in the Brihatsamhita, “Matrikas should be endowed with beautiful breasts, a slender waist and full hips so that female beauty may be created.” She doesn’t stop at holding a child in her arms. She does it all from riding a bull, holding a trident in hand, from flying on the Garuda, to wielding a mace; from a lotus in hand to a garland of skulls around her neck; from a rosary, a book, a bow and even the kamandalu, or the water-pitcher of the ascetics, the ‘girl-god’ has not been ‘very different’ from the ‘boy-god’ with his gadgets.

Yet, with a close look, the male and female divinities both stand for the same properties. The Matrika cult was closely associated with the Tantrika form of Shaivism. For the initiated Shaktas, a Durga or Kali is the manifestation of cosmic life in constant and fierce regeneration. The Shaivaites see the Shivalinga as an image of the rhythmic creation and destruction of the universe which expresses itself in forms and returns, from time to time, to its primal unity. Both of them are by no means contradictory; they are, in fact, complementary.

Finally, everywhere and anywhere in the world, irrespective of the gender of god, all of us display the same yearning, love and respect for the divine. Millions of people have sacrificed themselves in order to defend what they consider as the father divinity, mother divinity, or the son of divinity. So, whether we pray to the girl-god, boy-god or child-god, a real encounter of the holy, in every faith, has been experienced by those who are lucky among us. It is only when we realise this, can we respect the fervour and conviction of other faiths.