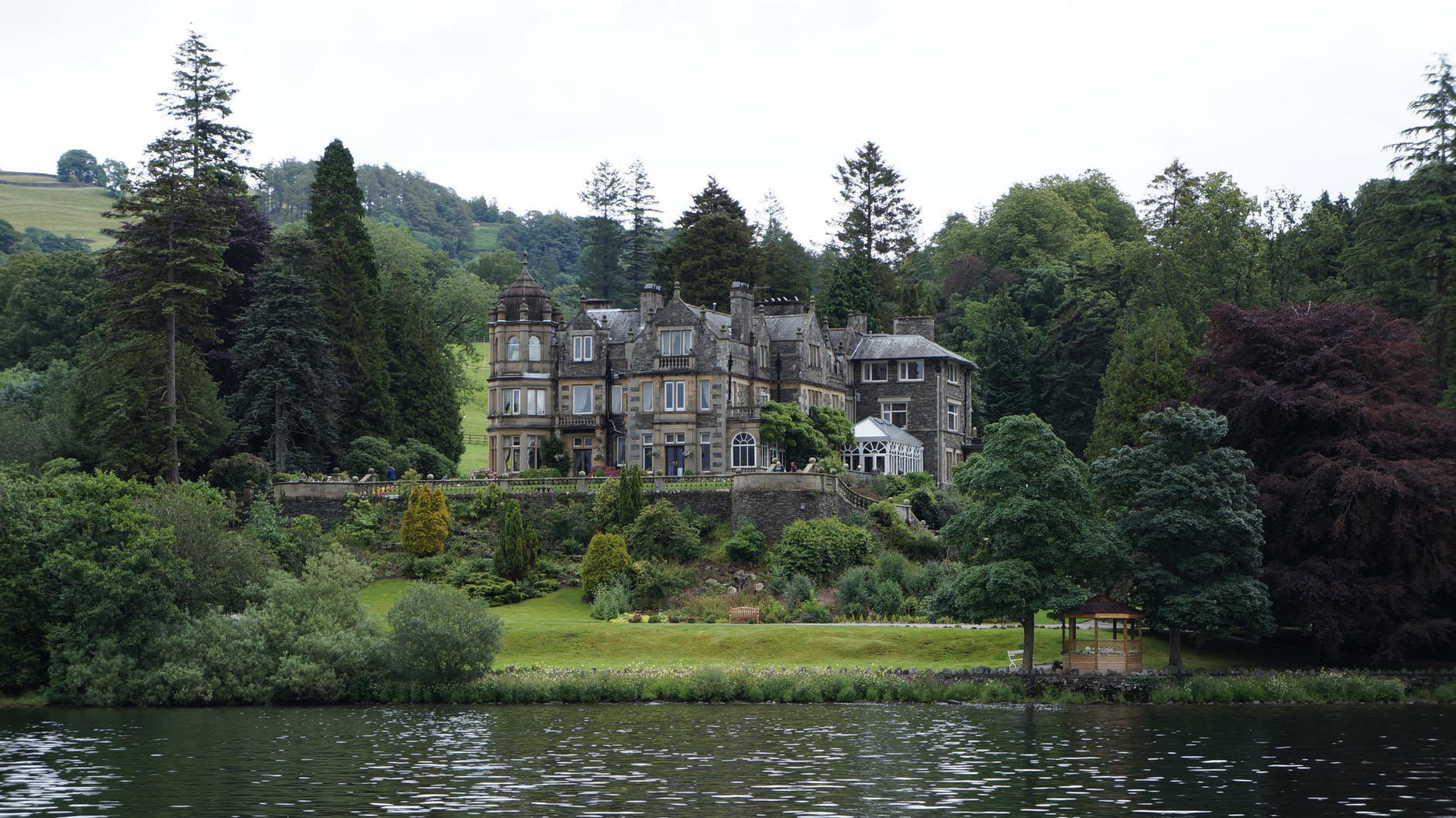 Samuel Taylor Coleridge and William Wordsworth got together and published Lyrical Ballads, with A Few Other Poems, in an edition of 500 copies, over 210+ years ago? The whole idea was exciting, all right. But, it wasn’t a tizzy, earth-shattering event, really. Rather, it was a humble beginning. Yet, beneath the surface it masked a great future, all the same. Funny isn’t it? Yes, because it was an age of literature driven by factors other than mere, or exaggerated, hype and hoopla.

More than being a momentous artistic union between two of the most gifted, youthful writers, Lyrical Ballads brought in its wake a nuclear explosion — something that wasn’t common to literature in the 1790s. And, as the duo set out to change and transform the content, language, and direction of poetry, the result was not just outstanding, but amazingly successful. It bid fair to a new milestone — poetry of the people. It was also the evolution of a novel era, or fresh poetic sensibility and, most importantly, the birth of the Romantics.

The forerunner to Lyrical Ballads was, indeed, Coleridge’s The Ancient Mariner, formulated at almost the same time: a watershed, all right. It introduced a memorable character, with a glittering eye and skinny hand who halts a restless wedding guest to relate his gripping tale of a voyage too strange — in the form of a brilliant narrative poem. In so doing, it also more than subscribed to Wordsworth’s celebrated, sublime theory: “that passion, rather than reason, is the realm of poetic muse.”

Interestingly, it was no small wonder why Wordsworth wrote in his preface to Lyrical Ballads that the majority of its poems were experimental, “written chiefly to ascertain how far the language of conversation in the middle and lower classes of society is adapted to the purposes of poetic pleasure.” His explanatory note was defensive. But, it was also a categorical declaration of his artistic intentions to depart from the past — of the previous era’s poetic form.

The structure of Lyrical Ballads was also in sharp contrast to English poetry of the mid-1700s, exemplified by Alexander Pope‘s rhyming couplets — couplets that employed elevated, witty sounds, and an urban tenor, to please or satirise the social elite. Wordsworth called such excursions “gaudiness and inane phraseology in poetry.” He, therefore, called upon his readers not to let poetry stand in the way of their gratification, and exemplified his ‘credo’ in his foreword to the 1800 edition of the volume: “All good poetry is the spontaneous overflow of powerful feelings; it takes its origin from emotion recollected in tranquillity.”

As good literature would have it, Lyrical Ballads soon became an influential book of poetry to gifted minds. William Hazlitt, then a young essayist, was cock-a-hoop, with its “sense of a new style and a new spirit.” He declared: “It had to me something of the effect that arises from turning up of the fresh soil, or of the first welcome breath of Spring.” Hazlitt’s clear commendation summarised the shape of things to come — the starting point for the Romantic Movement. It was what the doctor had ordered for the likes of P B Shelley, Lord Byron, John Keats et al to explore and chart a new territory — one that led them to tinker with new poetic consciousness.

It’s time we culled something from the dazzling chemistry of Lyrical Ballads — its opening, and closing, poems, just to celebrate the apparent.

And he stoppeth one of three:

‘By thy long grey beard and thy glittering eye

And now, with gleams of half-extinguish’d thought,

With many recognitions dim and faint,

And somewhat of a sad perplexity,

The picture of the mind revives again:

While here I stand, not only with the sense

Of present pleasure, but with pleasing thoughts

That in this moment there is life and food

THEY WALKED THE TALK 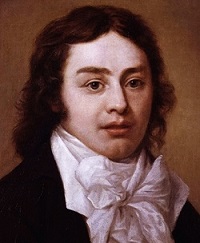 As a matter of fact, Coleridge and Wordsworth were more than just great friends. They walked together the same path — with words. Both attended Cambridge, and each launched writing careers — because, there was nothing else to do. Success, for them, did not come easily — on a platter. The catalyst to their great friendship was Wordsworth’s charming sister, Dorothy, who started a journal as witness to their frequent trysts. She was a good listener; gifted too. She made copious notes [for her brother’s poems] whenever William walked and dictated things — nature being his psychical backdrop.

Lyrical Ballads was conceived and created on strolls, with ‘Let-nature-be-your-teacher’ sort of contemplative parable — the essential of the essentials. It was very much a case of ‘action replay’ of The Ancient Mariner, which had also evolved during the now famous Coleridge-Wordsworth walks in Somersetshire — one that was also, quite interestingly, more than a ‘coming-into-being’ spin-off for their collaboration with Lyrical Ballads. 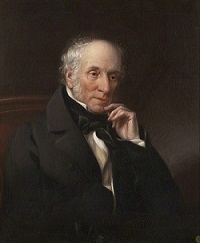 Wordsworth and Coleridge’s psyche were empathetic: one that accorded them a new plan of action, and a book of “the charm of novelty to things of every day,” to quote Wordsworth. For Coleridge, the work more than represented “persons and characters supernatural, or at least romantic.” In today’s world, both would have hit the jackpot, not to speak of a fat advance, with much media embellishment, or build-up, and what not. Or, nothing of the kind. Difficult to say, though. However, the early reviews for Lyrical Ballads, a book of twenty-three poems, were complacent, even indifferent.

Be that as it may, that the ‘promising’ duo had found a publisher, Joseph Cottle, himself a would-be-poet, was not just passé. Cottle, thanks to his disposition for lavishness, had even paid thirty guineas for the copyright. It was a decision he regretted later. When sales figures were unimpressive, Cottle was only too happy to transfer the copyright back to the authors. He called the book “worth nothing.” It was, of course, not good management, or marketing savvy. As new editions of the book began to roll, appreciation for it began to diffuse. The authors soon found their mark, or niche. A little while later, Lyrical Ballads also became valuable property — a literary touchstone like no other. But, something had to go amiss. Sort of. Blame it on human ‘fallibility,’ if not egoistic pretensions. In the later editions, Wordsworth, “a very great man,” downplayed Coleridge’s contribution, and began to add new lyrics of his own — to pursue his own personal goals. Fortunately, his ‘excursions’ did not undermine the fulsome truth behind the collaboration, or the book.

All the same, Lyrical Ballads was quite truly a literary revolution. It still is — for folks who salute good books. It will, doubtless, continue to hold its charm so long as the world of words, in print, or E-medium, exists. Reason? Notwithstanding several editions, including facsimiles, the book has cast a lasting impression and remained a treasured piece of art — a subject related to general and scholarly interest. More than that, it’s a ground-breaking work that changed the course of literary history. It was to the Romantic Movement, what the microchip was to Gates, music to Amadeus Wolfgang Mozart, and the pole-vault to Sergey Bubka.

Two centuries+ of Lyrical Ballads are, therefore, a literary landmark.

It is also more than a reminder of how things were in the Golden Age: of how inferior we would all be without its presence, even if it be too distant from the ‘make-believe’ expanse of our time.