The Future Is Bike 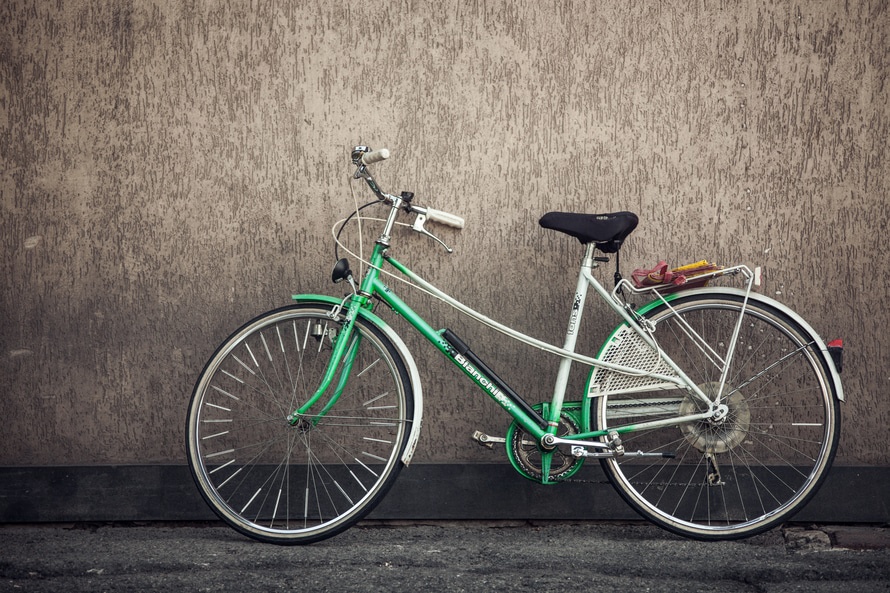 Picture this — the world’s smallest wheeled rideable bicycle, made a few years ago, was one with wheels of 1.09cm in diameter, and the largest, wheel-wise, 3.5m, and 3.35m high. Now, think of the longest, fastest, foldable, water-friendly, and the bizarre bikes, including the one with just one big wheel, with a seat atop — aside from the everyman’s simple edition — you have them all. The import?  A bicycle is much more than wheels, gears, cranks and pedals. It holds a mirror to our future. So far, so good. However, for the bicycle culture to gain momentum, the machine has to become safer, and more user-adaptable, for all.

When Kirkpatrick Macmillan ‘invented’ the bicycle, over 150 years ago, his novel, humble idea was greeted with awe and disdain. But, when the bicycle droll really began in earnest, it was destined to become the poor man’s Mercedes.

Well, Macmillan, for one, may have never dreamt that his simple idea would one day save the world, in spite of the fact that things looked bleak for the pedalled wonder, once horseless carriages took over the streets, followed by the emergence of powered automobiles.

In terms of scientific evolution, the bicycle has been one of mankind’s wondrous inventions — of sheer genius. It bid fair to great inventions. This is precisely the reason why bicycle activists have now mobilised in the West lobbying transport departments for bicycle lanes, besides soliciting support from non-bike riders. Yet, it goes without saying that transport departments and planners have reacted without adequate sympathy to the needs of bikers — a stance, which is not only wrong, but also untenable. The inference is obvious — the bike is no less a reformer, or pacesetter, and precursor of the two-wheeled revolution. It is fuel saving and also pollution-free.

A handful of the highly developed nations have accepted the bike, a workhorse, fortunately, with open arms. The Netherlands, for instance, now has more than 25,000km of bicycle paths. Japan has been as innovative. Witness, a 12-storey bicycle parking lot, to prevent congestion, just as cranes are being used to lift and park over 2,500 bikes at any given time. The facility does not occupy much space as well. All good news. But, the bad news is — the bike is thought of to be merely a pleasure machine in the US.

Pedalling is pure happiness. It is spiritual too. You’ve that closeness to nature, and the smell of grass, when you ride a bike; the joy of making it ‘work’ through a busy intersection, or using it mainly as a health machine. Biking, medical experts opine, is the only exercise suitable for just about everyone. A bike helps you exercise without taxing your muscles. They also contend that individuals bogged down by knee-joint problems, backache, or the more troublesome arthritis, have turned to the bike for relief. Agreed that a bike can never win any super-speed contest, or long-distance travel, but it has a big plus-point. It is user-friendly and environmentally ‘sound.’

If Denmark has special bicycle kiosks, where machines can be hired for use, for almost a song, the paradox is, Cambridge, in the UK, and Petersborough have both banned bikes. Sad, for the every soldier’s ‘mounted jeep’ — the indispensable companion during World War I. Writes Marcia D Lowe, in an article published by the Worldwatch Institute, “In their enthusiasm for engine power, transit planners have overlooked the value of human power. With congestion, pollution, and debt threatening both industrial and developing worlds, the vehicle of the future clearly rides on two wheels.” But, is it not illogical that a few developed countries have pursued a ‘no-for-the-bike’ stance — a decision we may all come to regret?

Sure, the future belongs to the good old, faithful bike. However, before this can happen, a great deal of work needs to be done to make bike riding safe and pleasurable, replete with bicycle lanes, technological improvisations etc.,

Yes, a host of great new ideas are on the anvil. If one whiz-bang, superbike is making waves, in the US, a bicycle firm in the UK, has come up trumps with the lightest, strongest, and stiffest bike frame — carbon frameset — in the world, among others.  Add to this more than twice as many bicycles — nearly 950 million — as the number of motorcars in the world, and you have a happy feeling. The impetus is also a-changin’ slowly, what with countries like India and China having traditionally used bicycles as a means of transport, juxtaposed by the bicycle industry’s effort in bringing out sleek, new models.

It is, of course, high time that the joy of bike riding and its utility value are inculcated for more people to get into the habit of biking. This is because riding a bicycle is tantamount to recycling, or conserving electricity. It is an endeavour worth pursuing, by all, without fuss, frills or strings attached — even if not all of us would be able to perform ‘pyrotechnics’ on it.

Promoting the bike concept is a must. But, any promotion campaign that takes upon itself the onus of highlighting the several uses of the humble machine would be good enough, but just not good enough. Because, deciding to ride a bike is a responsibility. Not everyone will choose that option; but, for anyone who does, the world would doubtless be a better place to live in than what it is today — more so, because there’s more to the modest bike than just a ‘sense of balance.’