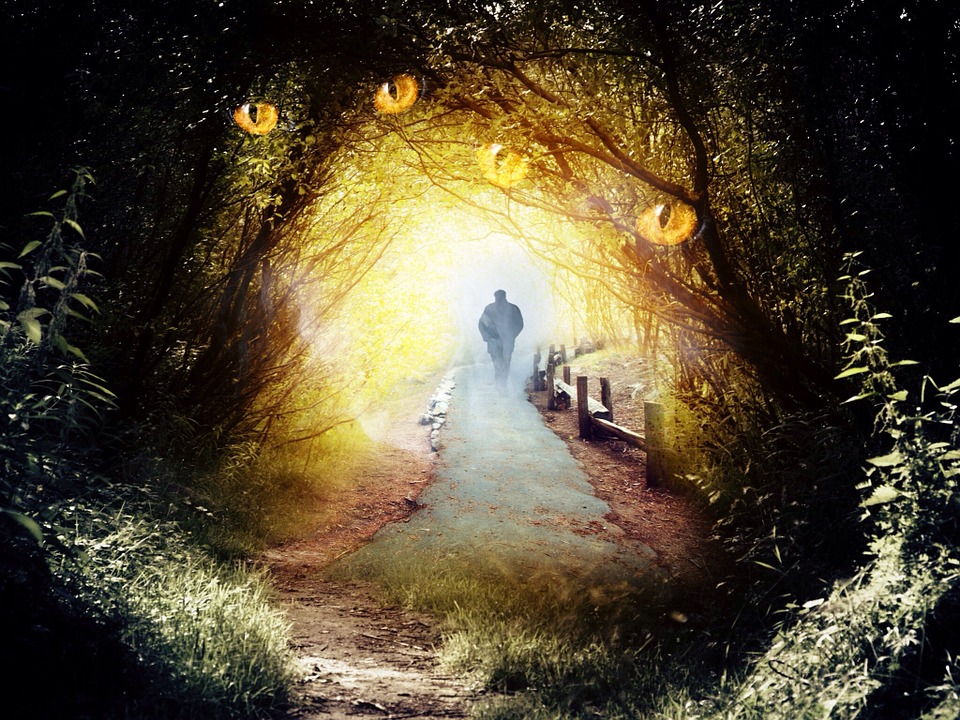 A few years ago, an Indian family friend, who had shifted to a remote part of Africa on business, for a couple of years, returned. He had come away earlier than scheduled — for a reason.

Well, he was a ‘victim’ of envy of some of the locals who had tried everything before seeking ‘supernatural’ help to ‘remove’ him from the scene. The skilled local practitioners of ‘magic’ made sure that illusions were often created right in front of the eyes of the Indian businessman, his family, and his entire office staff.

There were visions and images of human sacrifice, horrific attacks by strange entities, all sorts of phantasms, spectres and the most fearsome shape-shifting during certain times of the night — none of which was real when checked from close quarters. The local police refused to help due to fear; the process was turning more than malevolent and the Indian family finally left the place. The purpose of ‘magic’ was served.

People from every part of the world, every culture, race or tribe, have believed and practiced magic from time immemorial. Despite monumental advances in science, technology and reasoning, magic continues to hold us in frenzied trance. This is ironical. Also, quaint.

Devotees of magic, ‘benevolent’ white or ‘malignant’ black, have come from every faith, primitive as also the most organised and sophisticated. The fact also is religion has always been tinged with magic, be it in the form of invocation, spells, secret formulae, rituals, or craft. Faith in superhuman powers, or belief in some of one’s own ‘chicanery’ in making elements work to influence others, has been unwavering… no less.

Magic, like religion, has always held immense attraction for the human mind. Organised religion has had radical antagonism for magic, yet both are intertwined inextricably. As a matter of fact, ancient magic has often acted as the foundation of religion; it is, hence, older than religion. Writes Sir James George Frazer in The Golden Bough, “Magic arose before religion in the evolution of human race, and [that] man essayed to bend nature to his wishes by the sheer force of spells and enchantments before he strove to coax and mollify a coy, or irascible, deity by the soft insinuation of prayer and sacrifice.”

It wasn’t, of course, only primal societies that indulged in it. As Frazer adds, “The civilised races of the world have also, at some period of their history, passed through a similar phase, that they attempted to force the great powers of nature to do their pleasure before they thought of courting their favour by offerings and prayer — in short, that, just as on the material side of human culture there has everywhere been an Age of Stone, so on the intellectual side there has everywhere been an Age of Magic.”

Magic has always been a planned manipulation of energies unseen. Magic involves the application of the entire being — emotion, intellect, desire and concentration to invoke the energies of the universe.

Now, the big question: would the description of a fervent prayer, or a chant, to a deity be any different?

As William Flagg In Yoga or Transformation, a comparative book of various religions, writes of the reliance, “[In] all systems of magic [there is] the one word spell — such as the Egyptian ‘Ammon’, the Jewish ‘Jah-Veh’  and the Hindu ‘Om.’” He observes, “Conjuring with names [of God] has always been common with magicians of all degrees, whether priestly or lay.” These names of God, or the words of power, are also believed to have the attributes and spiritual elements of the named one. The magician often invoked or forced the deity to act upon his wishes. In some cases, he also went on to identify himself with the deity.

Notes Idries Shah in his wonderful book, Oriental Magic, “Students of mediaeval European magic will recognise this trait in the Western version of The Key of Solomon where the operator communicates with the spirit, not under his own name but as Solomon himself.” Explains G H Mees in The Book of Signs [The Symbolism of the Word], “The words [like ‘Om,’ ‘Jah-Veh’] apply to the world of the psyche… The words like Om, Amen, Jahveh, are composed of syllables or letters, symbolising the state of consciousness, connected with the various elements and periods of time… connected with regions of space. The name forms the rational aspect of the word. The sound is the spiritual aspect. The word itself represents the harmonious combination of all elements of the soul, earth, water, fire and air, presided over by ether, which the words represent [as] par excellence.”

Whether you are on the path of moksha, or on your way to conquer a particularly annoying individual, an appeal to the universal elements seeking help remains an integral factor. Among the Nyam-Nyams of Sudan, the most modernised of tribal people who drive cars, learn English and adopt Christianity in daily life, seeking admission in the Magic Circle to learn some form of sorcery is common.  For some tribes like Nubas and Shilluks, or the Hamitic tribe of the Hadendoas, magic is something like organised religion with shrines, rites, secret circles, orders and degrees and medicine-men that seem to have a spell for everything. The Nilotic people still wear the sacred creepers and attempt to seek revenge and get wishes fulfilled through magic with the help of local oracles.

Magic, like religion, has been all about synthesis and rediffusion. Students and researchers of magic have found the magical, shamanistic practices of the Chinese, Japanese and Far-Eastern magicians to have clear parallels with the magical rites of the Eskimos and some Mongoloid Amerindian tribes.

Clairvoyance and prophesies have a common thread running between India, Ancient Egypt and Mexico. The Jews were known to be the greatest magicians of all times and there has been a mention of how, in the Middle Ages of Europe, both the Jewish as also Christians looked up to reputed Hebraic magic practitioners, or miracle-workers. Writes Shah, “The Book of Sacred Magic of Abramelin, the Sage, first produced in 1458, is a work of a Christian that clearly owes much to Hebrew magic.”

Elsewhere, Persian magic contains elements from the rites of the Mongols, Chinese, Hindus and Arabs, along with local beliefs and practices. Most stories of The Arabian Nights have their base in jinn and their magical powers. Closer home, the Atharva Veda is one of the most respectable collections of Vedic magical rites that deal with everything — from attracting love to defeating enemies and ensuring good health.

From Central Africa to Siberia, from Hungary to Mongolia, from Bhutan to Rome, from Arabia to Australia, the esoteric science of magic, its rituals and beliefs, are revealed to the masters and handed down to followers. Whether it’s a Wu [magician-priest] of China, or a whirling dervish miracle-worker, or a master adept and proficient in siddhis blessing the needy, it’s clear how religion has neither been able to accept nor get rid of magic. Strangely, it has absorbed it. Like magic, religion too appeals to a force bigger than us. While a spell summons it, a prayer appeals to it.

Whether you are an occultist, or a devotee, you can’t help but feel that, ultimately, things happen only because He wishes them to. Right? Go figure.